Since 1975, every year, in the second half of July, is held the liric opera Itria Valley Festival. 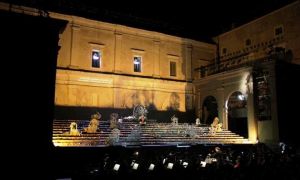 The festival is characterized by the brave proposal of often unknown works taken from the European repertoire, from the bel canto repertoire and from the Neapolitan Music School, whose protagonists were also Apulien composers.

The productions of the Festival are distinguished by the authenticity of the texts, often represented in full version, and faithfulness to the original music and interpretations.

Use of the site constitutes acceptance of the implicit use of cookies. To revoke the consent it is sufficient to delete the domain cookies from the browser.